Carmina is a journalist, documentary writer and journalist. It is born in the Mediterranean and grows between the city, the Pyrenean mountain and the sensitivity that is given to it by the constant travel of its family. From a very young age, he comes close to the world by observing how the territories and their landscapes mark the idiosyncrasies of those who live there.

A graduate of Audiovisual Communication and a magister in Travel Journalism, she works in film productions coordinating street castings on the ground. In 2013, he moved to Argentina, being a travel writer for different media and covering the language of Latin American televisions by the United States. During his sixth year in the country he settled in the Quebrada of Humahuaca, in the province that he delimited with Chile and Bolivia, to document the indigenous Kola communities. He currently dumps this research into a book and a documentary. He also continues to collaborate with the magazine Viajes National Geographic and writes life memoirs on commission. 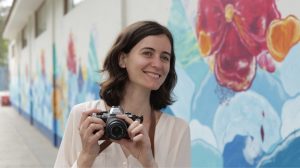 “Drawing and painting has always been part of my life. Plastic and scenic art are two great pillars of my life to understand me, to understand the world and to the need to express myself. For me, artistic expression goes through many branches and each feeds what is needed at the time to be expressed. Painting, drawing, movement, dancing, writing, are those that for now help me live in harmony. I’m currently researching more from improvisational painting, introducing body movement or dance. performance performance, I feel the need to bring art and artistic experience to nature. To feel a connection to life, more real, more harmonious and less predatory, creative practice in nature, for now, is being a great balsam I would like to explore further.” 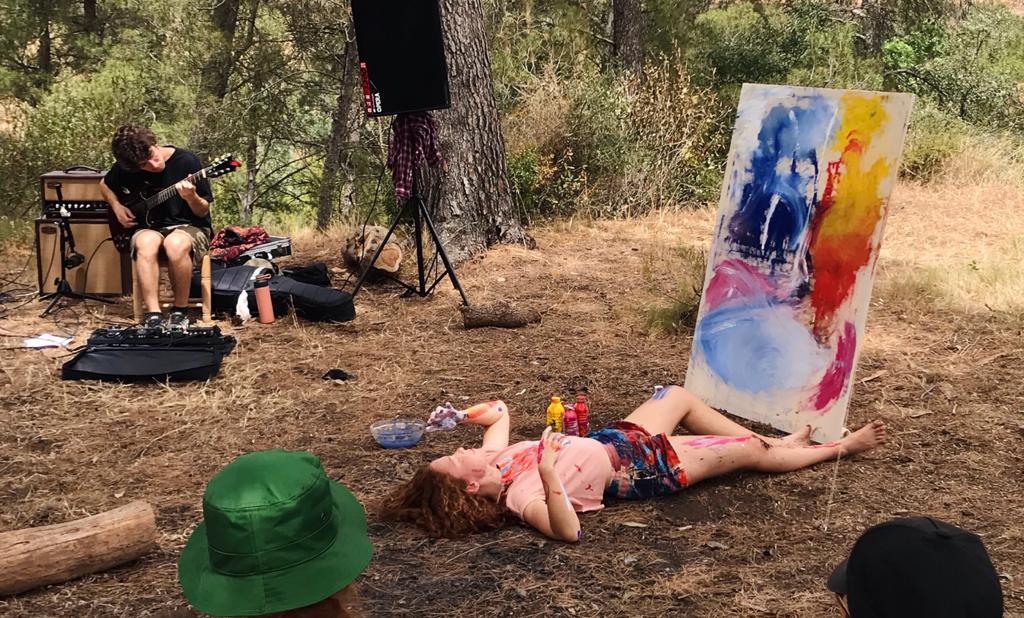 Massaviu is a group formed by the youths of Sant Esteve de Palautordera (Catalonia). They are Miki Lloret, Biel Colomer and Ferran Romero.

Since 2018, they have released two albums, two EPs and three singles. In 2020, they were chosen by iCat for the summer song. This 2021, they are performing concerts in the Espai Jove La Bàscula and the Teatre Pare Casals, and also creating their next album, which will be accompanied by musical and visual collaborations.

In addition, Massaviu support new talents and artists in the Catalan field such as Soucunbohemio, Pau Roget, Moli or the Catalan trapper Lluc Planas.

NÚria Inés (Tinta Fina) works from the graphic storytelling and the expanded comic as communication and knowledge-generating tools. In her projects, she approaches the vital and personal narratives of others, seeking opportunities to transcribe, in the narration of experience, critical readings of everyday contexts with which he connects directly. This way of working generates actions that mix graphic stories with encounters, rituals, experiences, time-sharing.

She makes artistic work compatible with teaching and graphic storytelling in various programs: educational mediation workshops at MACBA Museum “Copy, draw and distribute”, the educational program INTERSECTIONS and as a teacher of young people at the Visual Arts School in El Prat de Llobregat.

In 2019 she participated in the “bienal de arte joven de Buenos Aires” in Argentina due to a two-month stay in the Recoleta Art Center (open call from Hangar, Barcelona). In 2018 she received one of the art awards of the Sala d’Art Jove of Generalitat de Catalunya for the project “Canción para Consuelo”. With the same project, she was able to participate in a stay in Corniolo Art Platform, in Florence (Italy).

She is part of Julio’s Collective and she often participates in projects by other artists or groups contributing as a graphic rapporteur. It is the case of the project “Mèdiums” of Du-DA collective, “Els enemics del poble i l’infern” of Lluc Mayol or “Implosió impugnada 26” by Rafael Tormo, among others. 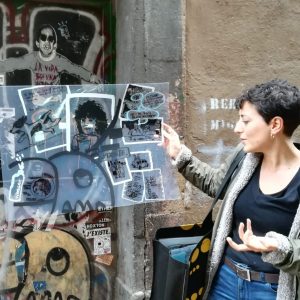 Carlos and Cristina are two musicians and music-formed producers in Barcelona. Cristina is a multifaceted singer who combines pedagogy (ESMUC, Taller de Músics) with her most artistic part as a “cantaora”, songwriter, producer and researcher. Graduated in “cante flamenco” at the ESMUC and Telecommunications engineering, she subsequently completed the Master’s degree in artistic teaching advanced studies in flamenco and the Diploma of Musical Production at Microfusa. Carlos has worked for years as a percussionist and pianist, going on to Latin and Flemish music. His last solo work is Metamorphosis, a trilogy of music videos where dancing, singing and electronics live together as if they had done it all their lives.

Carlos and Cristina have for years produced and brought their Flemish–Latin language to transit the paths of electronic and urban music. They currently work on a show in duet, which will finish at the end of 2021. 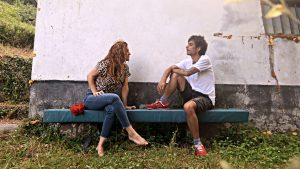 Jorge Bascuñan is a Brazilian Artist, Teacher, and Director, currently based in Berlin. He completed his bachelor’s degree in Physical Education, and he is certificated in Cinematography and Actor’s Direction both at his hometown, São Paulo. Since 2012 he is the co-director of the ‘Baillistas Collective’ of Photography and Multi-art, and director of Ìdrima, a collective of performance and contemporary art. In 2018 he completed the master’s program in contemporary dance education (MA CoDE, Germany). His work is influenced by magic realism, questioning the meanings of socially constructed bodies, identity, and sexuality, aiming to re-signify symbolic aspects of contemporary corporeality through multidisciplinary experiments, and contextualizing it in the realm of art and politics.

Clive Tanner is a director of photography / lighting camera operator with more than 10 years experience in Ireland, the UK and Germany. Projects he has worked on have been showcased online, in film festivals & on broadcast television. Working on a freelance basis he creates music videos, documentaries, short films & event videos. In collaboration with other creatives, he has produced innovative works, co-founded Odessa Visuals & Waking Hour Films, and documented cultural, social & community events, including dance projects involving homeless and disabled persons. He is passionate about bringing artistic visuals, creativity & storytelling to every project.

Juan Urbina (dancer, teacher, choreographer, researcher) trained and worked in Venezuela, Ireland, Spain and Germany and holds a Master in Contemporary Dance Education (MA CODE) from the Hochschule für Musik und Darstellende Kunst Frankfurt am Main. His interest in Afro-diaspora practices responds to the goal of uplifting forms of embodiment that live in a world not devised for their existence. Juan ventures into gladdening spheres to encourage societal awareness and collective joy. He has initiated community dance productions in marginalised social contexts. In 2021, Juan was invited by the dance departments of the University of Virginia (US) and the Pontifical Catholic University of Perú to share his current research called Salsa Moving Identities, with a digital residency celebrating the international day of dance 2021.

Maria was born in St.Petersburg, Russia. She started her path with Rhythmic Gymnastics in Canada, then studied at Vaganova Ballet Academy. After graduating she joined St.Petersburg Ballet Theater touring worldwide a broad classical repertoire. To widen her knowledge, in 2015 she started studying Contemporary Dance at the University of Frankfurt (HfMDK). During this time she worked with various choreographers including Stephanie Thiersch, Johannes Wieland, Paula Rosolen, Menghan Lou, Georg Reischl, Dieter Heitkamp, Ayman Harper, and participated in different interdisciplinary projects, one of which was a lecture-performance “Cyborg-ballet”. In 2018 she completed an apprenticeship with Hessian State Theater and Haptic Hide / Paula Rosolen. 2019 she got awarded the audience prize for my solo and duo at SoloCoreografico (Frankfurt) and SoloDuo (Cologne) and was one of the 5 finalists at Context. Diana Vishneva Festival (Russia). The same year she collaborated with director Isabella Roumiantsev on “SINGULARITY”, and with pianist Anastasia Churbanova on “Zeit und Raum, Bewegung und Klang”. In 2020 she worked with Paula Rosolen in “FLAGS”, and with Profikollection in “Gespenster der Arbeit”, as well as creating her own work OBSERVE for Zukunft Tanz Festival. Currently, she is working on “Patterns of perception” – a performance that will Premiere in July 2021. 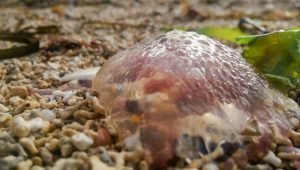 Gabriel Soler (Valencia, 1985). He graduated at “Escola de l’actor de Valencia” and graduated at “Institut del Teatre de Barcelona” in specialization of gestural interpretation. Gabriel has been a full-time actor for eight years and has performed in countries such as Belgium, France, USA and the United Kingdom. He has twice won the Barcelona Theatre Show with the “RIP” shows of Rene Baker and Denise Duncan’s “Esta Linda la Mar”. She has performed in more than 15 operas including La Boheme, Don Giovanni, Macbeth and Madama Butterfly in the opera Comique de Paris and La Monnaie in Brussels. Gabriel has also carried out numerous film projects, among the latter being ‘Yibril’ and ‘Broken’ by JD Granados and ‘One Way’ by Bea Cabrera.

Gabriel is currently involved in the creation of his new theatre show ‘Senyor Bé’, a theatre and music duo on parenthood, education and ‘new masculinities’ with his father the “crooner” singer Gabriel Molina. 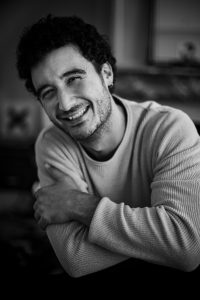